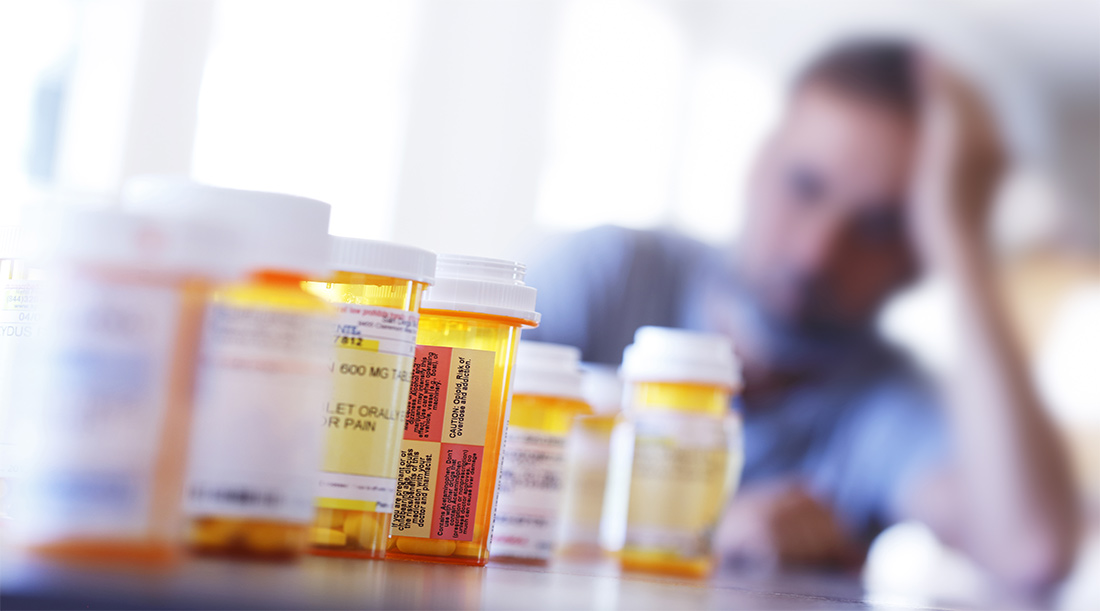 The story of how opioids, the strongest of painkillers, crept into everyday use and abuse is now the stuff of investigative news reports, books and documentaries. So, what is the big deal about these little pills?

The term opioid refers to both natural and synthetic compounds that produce an opium-like effect. Opiate is the term used for naturally occurring compounds such as morphine found in the opium of poppy resin. Legal opioids include codeine, morphine, fentanyl, oxycodone or hydrocodone and are doctor prescribed – even something as frequently prescribed and common as Tylenol 3 contains codeine which is an opioid. Illegal opioids include heroin or illicitly produced fentanyl, but the line between legal and illegal painkillers remains blurry. The 2016 death of musician Prince proved just that. Initially prescribed other painkillers by his doctor, Prince eventually moved to stronger illicit painkillers, before finally taking a lethal dose of fentanyl. Natural or synthetic, these drugs reduce pain sensation and induce a kind of euphoria or “high”.

Why are Insurance Underwriters Concerned?

Initially, opioids were used to reduce pain and discomfort during palliative care. Since then, the market for the drug has vastly expanded, targeting the far broader realm of acute and chronic pain. This target marketing has created a group of millions of potential users/clients for whom everyday use is now a reality. Ironically, attempts to reduce pain have led to overuse and adverse outcomes (addiction, death) without appreciably lowering the incidence of chronic pain on a widespread or safe level. Someone who initially takes an opioid for pain relief will oftentimes find themselves at the mercy of the drug, continuously requiring higher doses for only short-term pain relief, eventually leading to addiction and possibly overdose.

Employees taking opioids are less likely to return to work after a long period of pain-related disability and drug misuse increases the risk of a broad spectrum of conditions such as heart attack, falls and motor vehicle accidents. However, respiratory depression remains the most lethal outcome of opioid use.

Increasingly, complaints of chronic pain are documented in medical reports and applicant histories, compelling underwriters to pay closer attention to the possibility of opioid use. Tracking down medical and pharmaceutical records has become a critical undertaking for the underwriter. Now, like never before, underwriters pay closer attention to the danger of daily dosing and look for other conditions that could increase risk, such as co-existing psychiatric conditions, the use of other sedatives and even heavy cigarette smoking – all red flags for overall increased morbidity and mortality.

This article is provided by Know the Risk, an educational website that contains underwriting information for insurance professionals, available exclusively to Advisors affiliated with PPI (login required).

Share the Client Article from The Link Between:
The Opioid Crisis: Of Pain and Killers